Letter from U.S. Army Lieutenant, in an American Army General Hospital (think M.A.S.H.), to wife at home in Iowa, U.S.

The end of one more week. I’ve been in hospitals for 2 months and a little over a week, now. Hope I don’t stay in one that much longer.

You mentioned in one of your last letters that Bob had written again, so I take it he hasn’t yet obtained a furlough. I hope he gets home–it will do your Mom good. I’d like to see him–I wonder what the Army has done to him. Whatever it is, it will probably be for the better. Wouldn’t it seem unusual if he takes an interest in girls? I never could figure out his attitude. But what the hell, it’s his life.

Some of the boys are getting their penicillin shots. Boy, they try it for everything, from jungle rot to earache! You know it’s used for venereal disease, too, Not that I needed it, but those 10 days of shots I took should have left me pure as the drive snow. [REDACTED] shots altogether–but I guess I told you.

Well, I wonder what Bun thinks about his marriage by now. I haven’t heard fro him since he sprung the news–wonder if she’s blonde or brunette. Seems to me, if she’s the gal I think he means, that she’s dark. Oh well, I still prefer blondes. One about 5’4″, with grey blue eyes, solid chassis [Ed. note: ewwww] and all the accoutrements. (I knew I’d be able to use that word someday.) Oh baby–when I think of you–well, it’s better not to bare my soul, or is it?

Anyway, honey–you keep the home fires smoldering, and when I get back we’ll really fan up a flame. And it will blaze for a long time, too, believe me.

Here’s one that just cropped up–what’s the difference between a super nurse and a super-dooper nurse? Ans.: A super nurse can make a bed without disturbing the patient; and a super-dooper nurse can make a patient without disturbing the bed. [Ed. note: *gag*] And now while I roll on the floor in gales of hilarity it’s time to say again, bye, I love you, and that’s all for now.

I suppose it must be extremely boring to be in the hospital–and a military hospital (the 126th General Hospital in the Philippines) at that. Other letters around this time from Dwight tell of poker games, crutch-jousting, and rolling around in wheelchairs for fun. But he also writes of slow mail delivery and a lack of mental stimulation. In a foreign country. Where it rains every single day. What a dreadful way to pass the time.

Several of the Dwight letters have tape along the left side of the envelope. The tape says “U.S. ARMY EXAMINER” on it. I knew that meant the letter had been reviewed by a censor, but I had not yet found one that was actually censored. There’s a precise little rectangular cut that removed the actual number of shots Dwight received. Why was this information censored in the first place?

The 1940s were a prolific time in what we now consider basic modern medicine. The healing power of penicillin had been discovered just two decades prior, and many infections were no longer an automatic death sentence. World War II was an economic and innovative juggernaut for medicine, and many important discoveries were made to treat exotic challenges faced by the American military. To wit, this article lists some of the more notable treatments: quinine for malaria, kidney dialysis, and caudal anesthesia (basically, epidurals, like what women in labor are given). Of course, not all of these medical problems were associated with the military, but many came out of military and government research, like how thanks to N.A.S.A. research we civilians enjoy Velcro and Tang.

It makes sense that the U.S. Army would not want anyone on the outside to know how many shots a solider received. If you knew how many shots were received, then you could potentially figure out what they were for–and more importantly, what wasn’t in the vaccination or treatment arsenal. Biological warfare could ensue. Infection spreads absurdly easily and quickly in close quarters, and in areas with poor hygiene, and lacking basic germ-fighting protocols like clean water, soap, and antimicrobial agents. Many World War II theatres ticked all of those boxes, and disease was imminent.

By the 1940s, the typical vaccine schedule, for children at least, consisted of smallpox, diphtheria, tetanus, and pertussis. But, the typical World War II soldier, airman, sailor, or Marine would have been born at a time when vaccines either didn’t exist, or were not automatically given. According to this piece from the Office of Medical History, a typical vaccine schedule for a World War II-era soldier would have been typhoid-paratyphoid, smallpox, tetanus, yellow fever, cholera-plague-typhus (only for certain areas of activity), influenza, and Japanese B encephalitis. Sometimes, diphtheria, Rocky Mountain spotted fever, measles prophylaxis, viral hepatitis prophylaxis, and scarlet fever immunizations were given.

In an upcoming letter, we will hear from the very worried mother of our friend Julius Frank, who apparently came down with the measles during his time in the Navy. 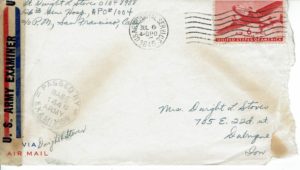 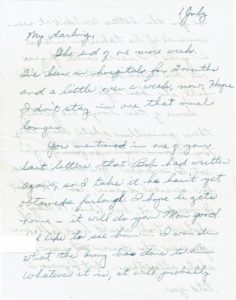 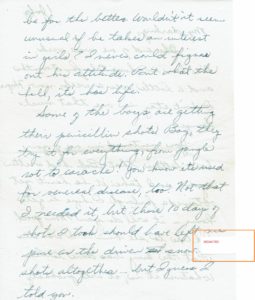 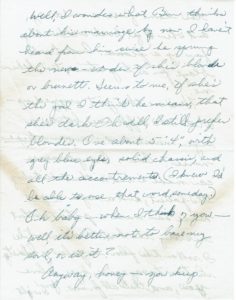 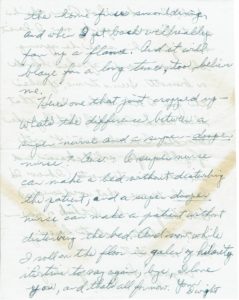