In my lot of letters from the Julius Frank family, I discovered most amazing treasure: an unopened letter!

The envelope was pre-stamped with a United States Postage stamp of George Washington in profile, at a rate of 1 1/2 cents. The postmark did not indicate a date, just the city, state, and zone of mailing.

Addressed to Fanny Frank, who is also known as Fannie Frank–Julius’s mother–the envelope bore an upside-down return address of “THE JUSTRITE CO.” in Milwaukee, Wisconsin, with no ZIP code.

And the envelope was STILL SEALED! What would it contain? 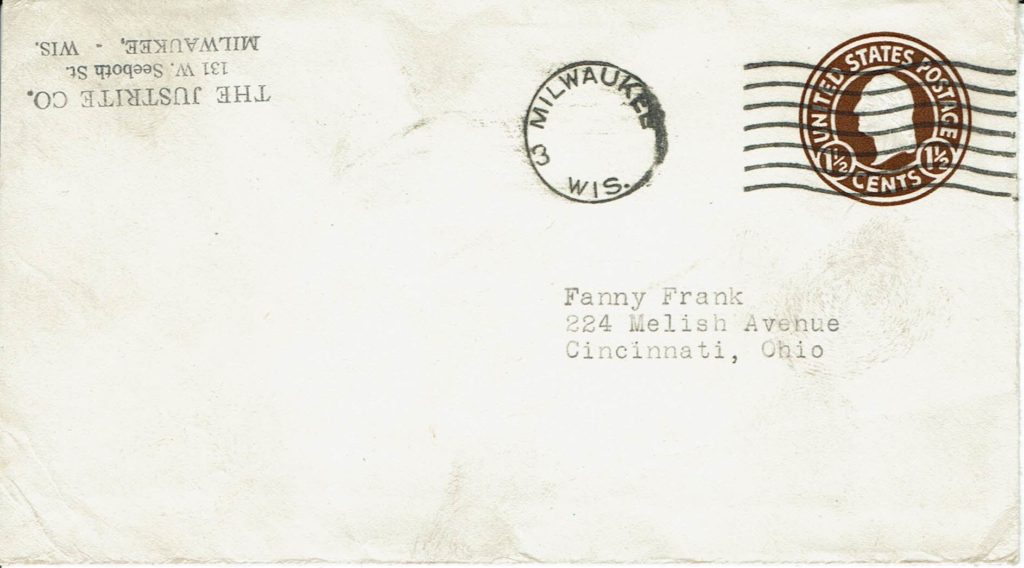 The Justrite Company was a pet food company. Here are some ads in newspapers around the US from the 1930s to the 1950s: 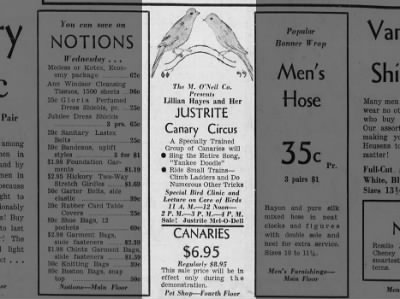 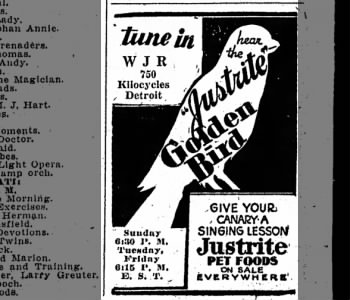 · Sun, Nov 6, 1932 – Page 4 · The Sandusky Register (Sandusky, Ohio) · Newspapers.com
Excitedly, I opened the envelope and found the contents, which had not been seen by human eyes since 1937:

A mimeographed half-page letter and a color brochure.

It was an ad. Junk mail.

For something called “Mist-o-Silk Pantry Panties.”

Because seriously, how many times have you thought, “Gee, I really wish I had panties for my pantry.”

The brochure offered a variety of overwhelmingly delightful time-saving covers for bowls, yourself, and vegetables. All it took was a little spare change and a proof-of-purchase (“Bird in the circle”). 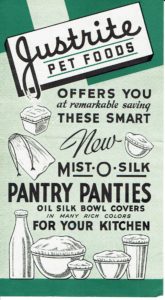 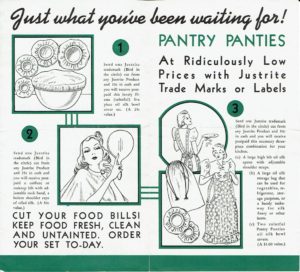 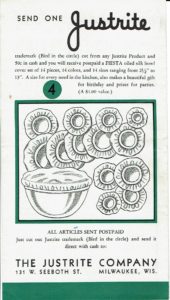 Also enclosed was a mimeographed letter TO JUSTRITE CUSTOMERS – 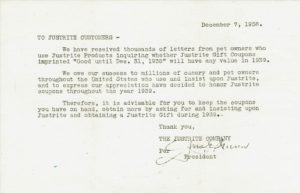 Based on newspaper advertising, it looks like pantry panties were a big trend in the late 1930s. It was the tail end of the Great Depression, after all. Conservation was a top priority. 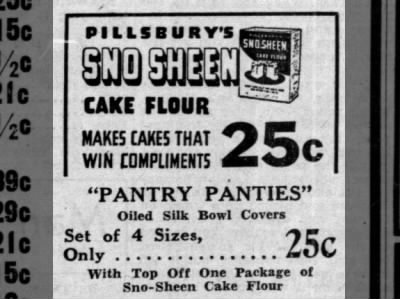 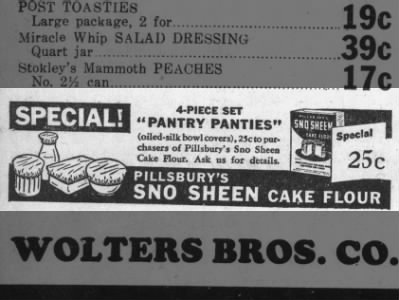 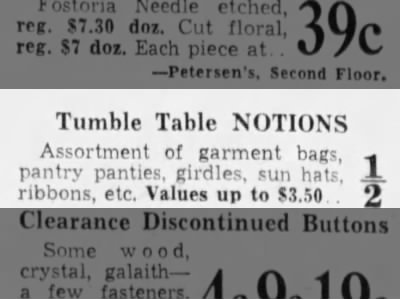 Today, pantry panties are better known as “bowl covers” and come in plastic–quite looking like a shower cap at a Motel 6–or various fabrics. Check out these linen and cotton bowl covers crafted by Dot and Army, purveyors of cloth kitchen and dining accessories.

There’s nothing new under the sun.

So folks, save your 1938 coupons for future use, clip those Bird-in-the-circle trademarks, and get your pantry panties before they sell out.

P.S. I couldn’t find anything about a Justrite Company in our time that deals in pet food, but the address of 131 W. Seeboth St. is now an event venue!